In March 2020, New York City’s Metropolitan Transportation Authority (MTA) eliminated shared rides in its Access-A-Ride program due to the threat of COVID-19. For 16 months, riders of the popular paratransit service and advocates say one aspect of life actually got somewhat better: the switch to solo rides made for shorter, easier and more direct trips than the “five-borough tours” they’d sometimes be taken on to get to their destination in a shared ride. They also lent riders a greater sense of health safety during the pandemic.

Now that the MTA reverted back to its typical shared Access-A-Ride trips in July, riders and advocates are again calling for the suspension of shared rides, citing the ongoing threat of COVID-19 and a rising number of delta variant cases. Agency officials have declined the requests thus far, due to a shortage of drivers, they claim.

“You’ve heard from Uber, Lyft and every paratransit, every taxi business in the United States that there’s a shortage of drivers,” said Quemuel Arroyo, the MTA’s chief accessibility officer. “We are no different than any of those industries. We, too, are facing a drastic shortage of supply on the driver side, which makes it impossible for us to meet the demand of our daily requests for trips.”

The MTA has not provided details on the total size of its pool of drivers but said that one subset of that pool – drivers who operate the blue and white Access-A-Ride branded vehicles – is down about 25% from what it was pre-pandemic. But that subset accounts for just a small portion of all drivers fulfilling Access-A-Ride trips. Brokered rides, including those in For-Hire Vehicles (FHVs) and Taxis, accounted for about 64% of all Access-A-Ride trips in May of this year, the most recent month for which data is publicly available.

From January to May, the MTA reported that no-shows increased at least 500% and the rate of customer complaints per 1,000 rides roughly tripled during that time. While paratransit ridership dropped drastically last fall, it now hovers around 75% to 80% of pre-pandemic levels. The MTA added that the return to shared rides this summer has been gradual. Only 15% of Access-A-Ride’s current daily service is comprised of shared trips. Those trips are limited to less than seven miles.

MTA officials said that steps are being taken to ensure rides are as safe as possible. Masks are required for the driver and all passengers, and vaccinations are strongly encouraged.

While it costs the MTA more to operate individual rides, with overall paratransit costs down during the pandemic due to lower ridership, the extra costs of individual rides should be more of a long-term concern than an immediate one, experts say. Milagros Franco, an Access-A-Ride user who works for the Brooklyn Center for the Independence of the Disabled, admitted that in the long term, the MTA is likely going to need to make some decisions with cost savings in mind. But as of right now, the health risks are still too high to resume shared rides, she said.

Primary carriers are currently offering bonuses of $2,000 or more for drivers to sign up, according to the MTA. At the MTA’s July board meeting, a few weeks after shared Access-A-Ride trips resumed, several new broker contracts for the paratransit service were approved. The MTA expects to see the addition of thousands of available vehicles and improvements in Access-A-Ride service through the fall. As of now, that won’t include the suspension of shared rides. 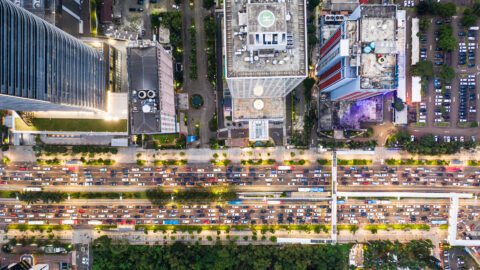