In a rare moment of bipartisanship, Congress approved a $1 trillion infrastructure bill that should help transform New York City and its surrounding region. Signed into law by President Biden in November, it should clear the way for several high-profile projects, chief among them the extension of the Second Avenue subway in Manhattan and a plan to build a new rail tunnel linking New York and New Jersey.

Its effects will also be felt in numerous, more subtle ways in a region with outdated infrastructure that climate change has already exposed as deeply vulnerable. Funds have also been allotted for high-speed internet, climate resiliency projects, energy grid improvements, transportation projects and environmental programs.

Of the transportation-related funding, about 80% is meant for highways and road projects, with the remainder going towards improving public transit. According to an article in The New York Times, state agencies have some flexibility to use the highway funds for other projects, but officials have said they want to address the concerns of drivers who have long griped about aging roads and decrepit bridges. The state reportedly has more than 1,700 bridges and 7,300 miles of local roads and highways considered to be in poor condition.

Hank Gutman, the city’s transportation commissioner, expects federal funds to be used to help repair the Brooklyn-Queens Expressway, which is crumbling under the weight of more than 150,000 vehicles a day. The funds could also advance plans to “cap” the Cross Bronx Expressway (cover those parts of the highway that are sunken below street level) and perhaps cover it with a park.

Additionally, the plan focuses on social equity concerns, seeking to reverse the harm past infrastructure projects have inflicted on low-income and Black communities. Proponents say it will help address air pollution in the Bronx and could help accelerate other long-planned projects to redesign streets and reduce New York City’s vulnerability to climate-related flooding.

Transit agencies are expected to use much of the money for big-ticket items in their capital plans. The Metropolitan Transportation Authority (MTA) expects to receive $10 billion, and it plans to use some of the money to improve accessibility. Currently, only about a quarter of New York City’s 472 subway stations are wheelchair accessible.

The bill could also improve Long Island Rail Road station capacity at Jamaica in Queens and eliminate the “Jamaica Crawl.” Hundreds of thousands of riders a day pass through the station, which was built more than 100 years ago, and where a tangle of different train lines merge.

About $55 billion from the infrastructure plan will help improve access to clean drinking water.

Senator Chuck Schumer, the Democratic majority leader of the Senate, said the region’s airports can expect millions to help with upgrades. Smaller regional airports across New York hope the plan will help them with long-delayed runway construction, expansion and refurbishment.

While government officials have their wish lists ready, it remains too early to know how exactly the money will be distributed and which projects will be the winners. Some money will be channeled through various federal agencies, like the Department of Transportation. Another portion will flow to state entities, like the New York Department of Transportation or New Jersey Transit, based on existing, complex formulas. The states will then decide which projects to prioritize. The process could take years. 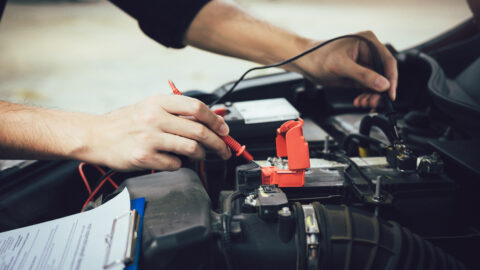