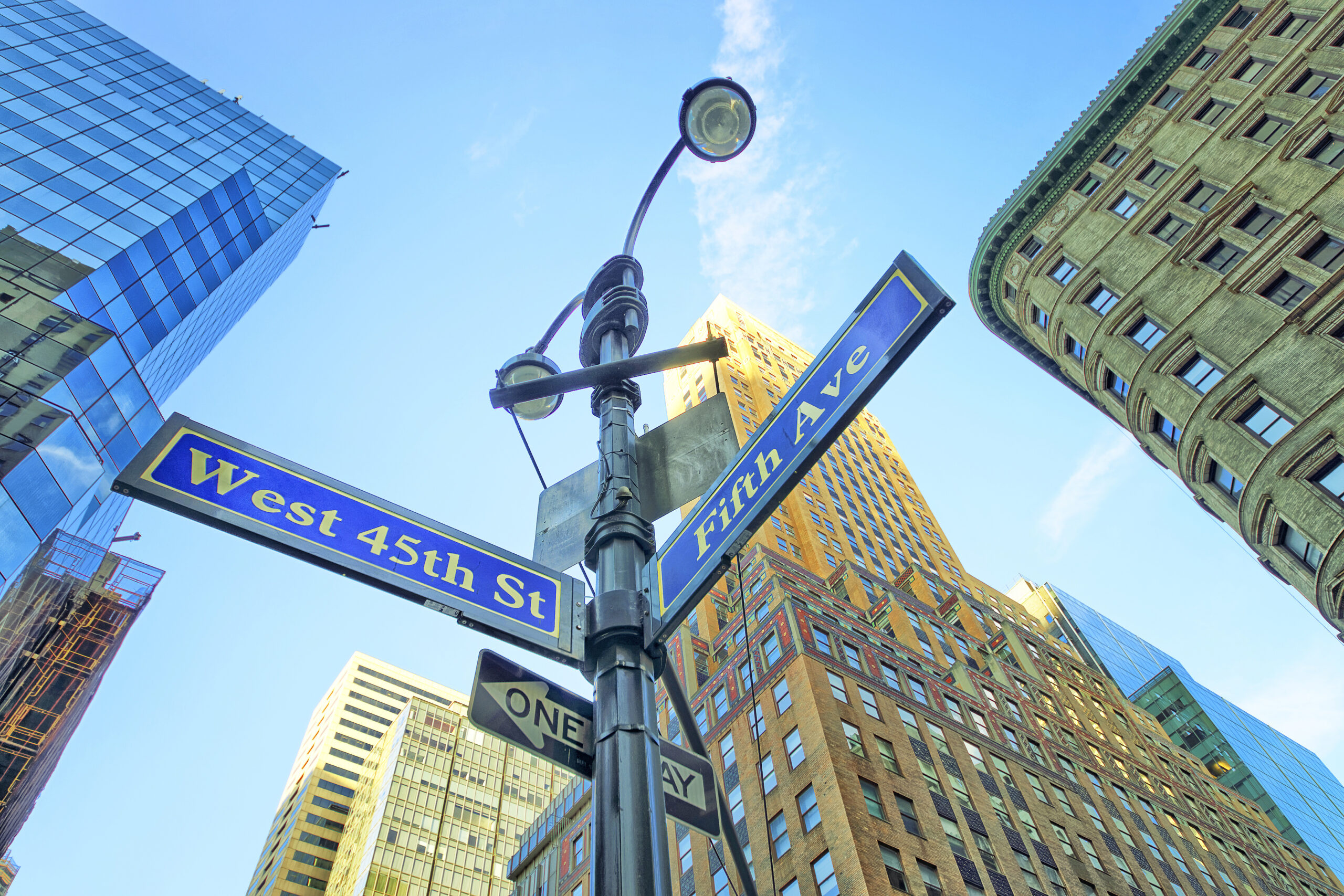 Road signs West 45th St and Fifth Ave in Midtown Manhattan in New York, USA. Skyscrapers are on the background.

New York City’s arts, culture and hospitality industries were feeling a positive impact from the return of international tourists, just one month after the U.S. invited them back – provided they can show proof of vaccination against Covid-19.

Foot traffic and customer spending on Fifth Avenue was reportedly “almost back to pre-pandemic levels,” according to many retail shops.

On Broadway, foreign guests often see several shows in one visit. Capacity has averaged about 83% since international tourists were allowed back as of Nov. 8, according to gross sales figures provided by the Broadway League in December.

Foot traffic in Times Square was up 4% in October and reached 260,000 the weekend after Thanksgiving, double the 2020 traffic but still down from 337,000 in 2019, according to the Times Square Alliance.

Domestic tourism is on the rise, too. NYC was the top destination for U.S. visitors this winter, according to consumer sentiment data from the website TripAdvisor.

Suspect Arrested for Fatal Shooting of FHV Driver in Harlem

10 Crucial Reasons Your Kids Should Be Vaccinated

Protect Your Brakes: Beware of Moisture in Your Brake Fluid