It’s hard to pinpoint the moment – or even the year – that diversity and inclusion became one of the most common missions in the business world. Equality in the workplace might’ve been on an organization’s radars before – albeit, ranging in importance from company to company – but there was a shift where the phrase became ubiquitous.

To achieve equity, similar, somewhat effective, but also somewhat cookie-cutter steps were enacted across the majority of companies: Chief Diversity Officers joined C-Suites, metrics and KPIs were set to ensure a diverse workforce was hired, internal committees were formed, and pay disparity across genders and races was exposed, amended, exposed again, amended again… and the cycle continues today.

That’s not to say these steps weren’t important, or even crucial. They were and they still are. It has benefited many companies to have clear guidance on actions they need to take to make strides toward equality (especially if they were starting from a place of little to no equity and little to no knowledge of how to get there). But here are the facts: only 40% of women feel satisfied with the decision-making process at their organization, 40% of employees feel isolated at work, and 75% of employees feel there is more work to be done for diversity in the workplace.

There’s a reason we’re still talking about diversity and inclusion all these years later: the way we’re doing it now is not sustainable, nor is it working. Given civil unrest we saw bubble to the surface in 2020, we know that people want to be heard and often they’re shouting at the top of their lungs to achieve this desire – so it’s time to prioritize “belongingness”.

What is belongingness in the workplace? We all want to belong. The feeling that guided us when we walked into the middle school cafeteria and wanted to know exactly where to sit, who to sit next to and what to say to make everyone listen is the same one we feel as adults in the workplace. This want is one that unifies us, regardless of our background, the language we speak, or the culture we grew up in.

The difference now is that while teachers or administrators might’ve taken laps around the room to ensure students were getting along and feeling included, no one is doing that in the workplace. Unless, of course, we prioritize belongingness.

Think of it this way: If diversity is being offered a seat at the table, and inclusion is having a voice, belongingness is the ability to be heard. It’s both a basic and universal need. If everyone can agree on this simple fact, then diversity and inclusion will follow.

That doesn’t mean that HR teams need to parade around conference rooms and monitor workforce conversations. It’s more than that: it’s the creation of psychological safety through an environment where every employee feels supported to speak their mind, express their unique perspective and point of view, and feel as though others are actually listening.

How do we make it happen? The solution isn’t to slap “belonging” on the mission statement and be done with it. Cultivating or reshaping a company culture can be tricky, especially if you’re working from a place of setting new values two, five, or 10 years after the organization was established. That’s akin to naming a child at the age of 12 – their identity has already been formed, and retroactively reshaping it probably won’t prove successful.

It’s almost impossible to create an objective sense of company culture, because it’s unique to every individual employee, from the C-Suite to the newest junior level staff member. It’s a completely subjective concept.

This is what a lot of companies get wrong when it comes to culture. It’s not made up with a set of words – “welcoming”, “collaborative”, “scrappy” – but rather the actions and behaviors associated with a word that elicit a feeling that defines the culture. All of this to say that cultivating a culture of belongingness, and doing so successfully, relies on the actions associated with it.

It’s the listening, the welcoming of diverse opinions, the lively but supportive debates. Encouraging this from senior leadership and ensuring they prioritize this practice throughout all conversations and interactions, both amongst each other and in front of and with other staff, is how it permeates throughout the entire workforce.

And it works –  a study conducted by BetterUp found that employees who feel a strong sense of belonging in their workplace perform 56% better, take 75% less sick days, and the workforce overall has a 50% reduction in turnover risk compared to peers with a low sense of belonging.

Why now? As we this new year’s mid-point, we hope for a more global commitment in the fight for equality. There’s so much to be done, but there’s promise for a new day ahead. From a corporate perspective, we’ve made strides in recognizing and realizing diversity and inclusion in the workplace, but for the number of years we’ve been working toward it and the current state of the industry, it’s just not enough.

Not to mention, our new, almost entirely remote reality of working that makes it even more difficult, but all the more important to ensure the entire workforce feels included, supported and heard. Businesses need to be specific and intentional about how this is prioritized moving forward.

It isn’t just about hiring a diverse workforce, it’s about doing that and making sure that each individual feels as though they belong. It’s through this approach that we can change workforces for the better. It’s time that belongingness has an invitation to have a seat at the table. 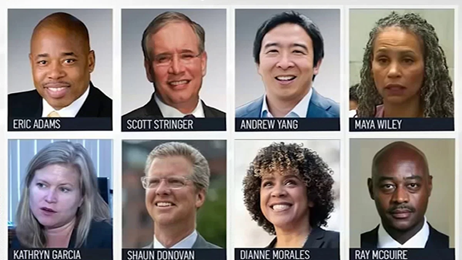 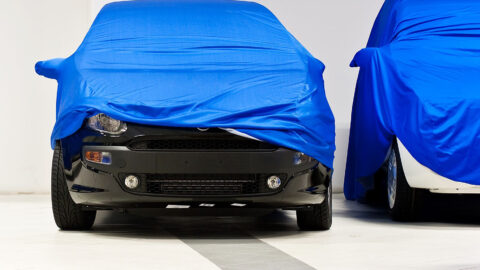