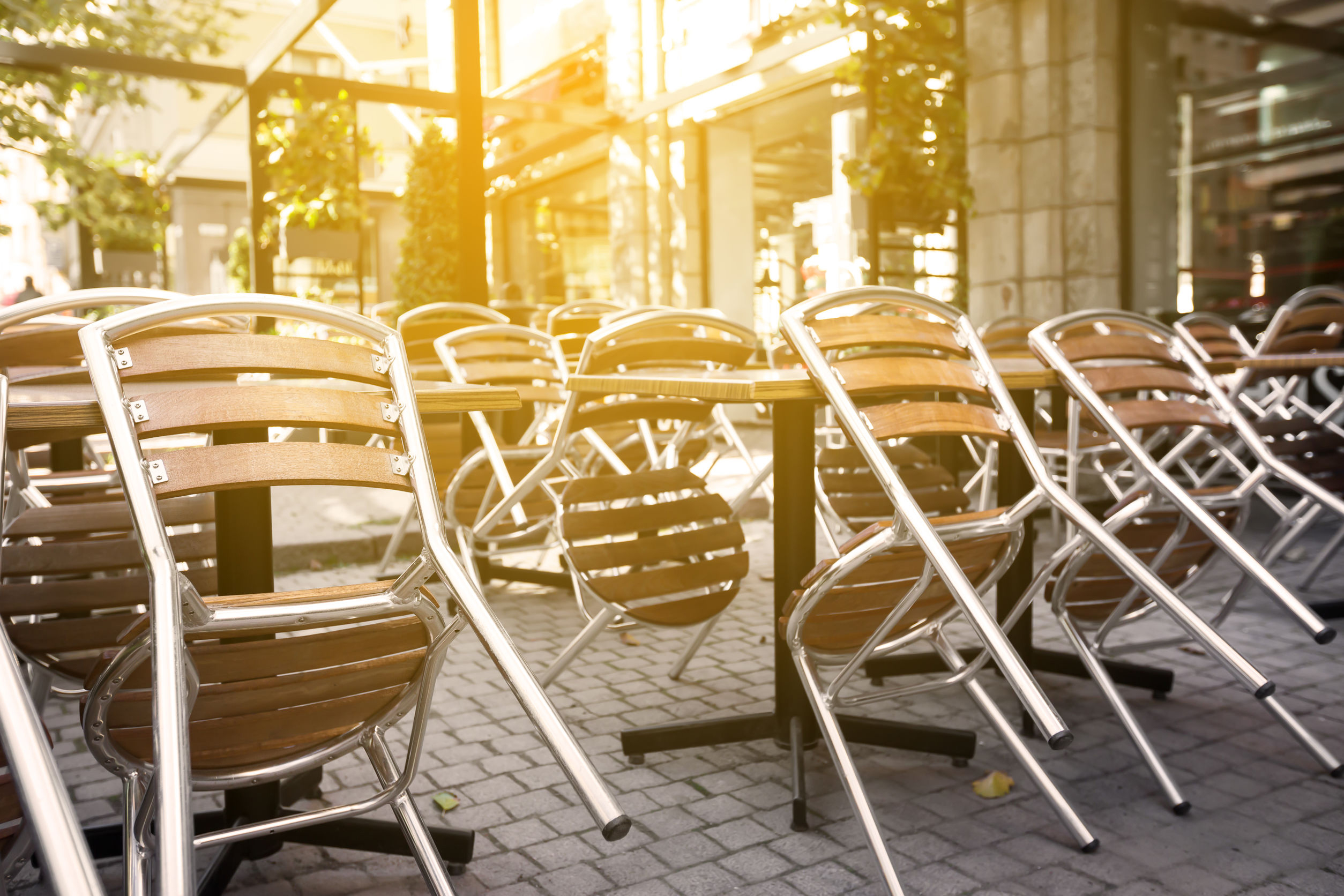 Closed outdoors cafe with overturned chairs on tables, Nobody

Restaurant tax receipts dropped 71% across New York City during the height of the pandemic in New York, leaving a massive budget hole from an industry that contributed $26.9 billion in taxable sales last year, according to a new report. Data released in early Oct. from state Comptroller Thomas DiNapoli shows just how intertwined state finances are with the health of the restaurant industry, which accounts for 15% of all taxable sales.

The report illustrates how the restaurant industry’s struggles are affecting the economy. Responsible for one in 12 private-sector jobs in the city, restaurants employed 317,800 people and paid $10.7 billion in wages last year, the report says. The industry is nowhere near that level of strength now – the sector is at just over half of its pre-pandemic employment levels, leaving more than 100,000 people out of work. Not until restaurants are operating at full capacity will they hire back their full staff, according to the report.

The report also highlighted how little workers in the industry are paid. The average salary is $33,700, among the lowest of any sector. A previous comptroller report broke the state’s workforce into 10 industries – including transportation, professional services, education, construction, and manufacturing, and it found hospitality was the lowest-paying sector.

Meanwhile, the industry itself is shrinking. A third of restaurants and half of the city’s bars were closed as of Sept. 23, according to the report – even though 43% of restaurants are making use of outdoor-dining provisions.

Liberty, Death or Something in Between