This is part III of a series. Some of the names and incidents have been changed to protect the innocent and not so innocent.

The most magnificent, cloudless, bright, early September day became the most tragic day in US history within 15 minutes of my arrival to work. When the first plane collided with the World Trade Center, few of the employees or the television commentators recognized what was happening. The possibility, even likelihood that this was a commuter or private plane that lost its way was the most logical explanation.

In the back of my mind, the chance that this was a terrorist attack was still remote. I continued to work. When the second plane collided with the other tower, I became positive that this was an attack, by whom I had no clue. I finished the loan I was processing with one of our borrowers. In front of my cubicle sat a man with a member service representative conducting business as usual, transferring money, buying certificates of deposit, as if the most significant event of our lives was secondary to the man’s earning the highest interest rate possible.

Once the second tower was hit, and both towers of the World Trade Center were on fire, the fear that there would be more attacks became a likelihood that I was not prepared to deal with. Because our office was located in Woodside, Queens, NY, not far from La Guardia Airport, I became concerned that the next attack might be to the two NYC airports, to paralyze our ability to travel, and maybe for military reasons. What do I know about this stuff?

By 10:00 am, it became clear to me that the images on television with the burning towers, and rumors of attacks on the White House and Capitol Building indicated that anything was possible. The last place I wanted to die was in my office. If the enemy attempted to bomb the airports, who knows how accurate they would be, and I didn’t want to be collateral damage.

I informed my supervisor, James Earle, that I was leaving, going to round up my family and go home. He did not argue with me, nor did he give me permission to leave. At this point, no manager in the office had given the employees any direction in this regard.

I left the office, and because my usual route home was to take the Grand Central Parkway, that’s what I did. Radio reports filled with rumors about other planes crashing in Pennsylvania, the Pentagon, and the White House caused me to forget about my concern about the possible bombing of the airports. So, when I got on the Grand Central Parkway and approached LaGuardia Airport, I realized how stupid I was. This was what I wanted to avoid.

There were at least 100 police and military vehicles visible from the parkway as I passed the airport. I raised the speed on my Maxima to at least 80 miles per hour to get out of there as quickly as possible. By the time I got into eastern Queens, I started to relax.

My wife, Carol, was beginning a seminar, a mandatory seminar for hospital social workers on CPR, at the time of the bombings. I had called her around 10:00 to inform her that it seemed suspiciously like a terrorist attack of some kind, that I was probably going to leave and pick up the children from school. She answered her cell phone and said that when she had left the house, only one of the buildings had been hit. The instructor of the seminar mentioned the crash and said, “Let’s take a 10-minute break so you can call your family members and we’ll continue the seminar.”

The next time my wife performs CPR on a patient will be the first time, and this is decades later.

Meanwhile, in school, my daughter’s eighth grade class was watching the events unfold on the classroom television. In other classes, a few children were being pulled from their classes to be informed that a parent had been victimized by the crashes. Rockville Centre is an upscale community in the southwest part of Nassau County on Long Island. Many of the parents work in financial services, and by the time all the searches for bodies had been completed, more than 30 current residents had been lost, some of whom had children in my daughter’s grade.

By the time I had arrived at my son’s elementary school, there were already parents outside the school. They informed me that the school system had decided to keep the children in school to provide normalcy and safety. It was probably a good decision.

I went home and watched television the remainder of the day, not believing what I was witnessing. Though the buildings were burning still, I said to myself that these fire-ravaged structures were going to collapse. I pitied any fireman who went into the buildings at this time, and although it’s what they do to rescue people, I felt it was ridiculous after a certain point. Those buildings were going down.

When the attack on the Pentagon occurred, I began to fear for the security of the country, and our ability to combat these forces. The symbolism of attacking our military headquarters was not lost on me. By 11:00, there were still rumors of planes in the air planning to attack Washington DC. It seemed to me that the impossible was becoming reality. Pearl Harbor redux.

Then one building collapsed, creating smoke and white-out conditions over Lower Manhattan. I was glued to the television, just waiting for the inevitability of the second building to collapse, too. Then, there was confirmation of the plane crash in Western Pennsylvania. The pilot must have been under duress, I figured, and crashed the plane intentionally to save the intended target. I speculated and tried to make sense of what was happening, but this was too massive in scope to comprehend all the rumors and facts.

By noon, there were no more incidents, just confirmations of what we already knew. Mayor Rudolph Giuliani began to issue public statements, carefully and gently separating fact from fiction. His value as a public servant did a complete turnaround in my eyes.

Prior to this event, Giuliani seemed an adulterous, vicious, self-serving, self-promoting, uncompromising, maybe-racist mayor. To some citizens, he cleaned up the city. To others, especially the police force rank and file, he was reviled. That Giuliani would take credit for the reduction in crime was typical for this self-promoting, self-aggrandizing politician.

My contacts in the police force, local friends, reported to me that the AIDS epidemic, having killed off many of the career criminals, was most responsible for the reduction in crime.

Nevertheless, Giuliani had a calming effect on the local populace, for sure, and the national audience as well. Governor Pataki paled in comparison. But the irony was not lost on me that Giuliani had made a big deal about building a bunker in case of a natural disaster or terrorist attack, and that the bunker was inside the World Trade Center.

His arrogance was nowhere to be found, for now. He performed at the highest level for a politician until he decided that the city could not survive without him and tried to indefinitely postpone the upcoming mayoral election so he could be the mayor indefinitely.

By mid-afternoon, there were no more rumors of attacks. I said to my wife, “Is that all they got?” I knew that someday the perpetrators would be found, whether it be a nation or a group of terrorists, and that justice would be served unkindly, and deservedly so.

The kids got home safely from school. My daughter dutifully reported the goings-on at school. My son, being the same age as me when JFK was assassinated, was pretty clueless. So, we settled into a semblance of normal family life with meals, and showers, and homework, and I continued to watch television for news reports, which by now were mostly redundant.

Reports came in that a truck carrying massive amounts of explosives, being driven by a man of Middle Eastern descent had been stopped on the George Washington Bridge. There were other reports of unusual activity in the options market on the stocks of airlines, puts (investors betting on a stock downturn) far outnumbering calls (investors betting on a stock uptick). Neither of these two reports got much if any follow-up, leading me to believe that the government censored this information for national security purposes.

By the end of the first day, it became clearer that those responsible for the attacks belonged to Al-Qaeda, a terrorist organization funded and operated by Osama Bin-Laden. I knew very little about this guy, nothing about the organization. Last I had read in an article in the NY Times magazine section, he was in Somalia doing his dirty deeds. That had to be at least two or three years earlier. Now, they said, he was operating out of Afghanistan, under the protection of a rogue government, the Taliban. As far as I was concerned, in the Middle East and parts of Asia, they were all rogue governments, as there were certainly few if any democracies.

I went to work the next day, watched the billowing smoke in lower Manhattan from miles away in Queens. People were shell-shocked. It became apparent that friends or acquaintances of my children had lost their fathers in the attacks. Friends reported that the Long Island Railroad commuter trains were like a ride to a cemetery, few people talking, many people fearful of more attacks. The smoke from Lower Manhattan didn’t disappear for weeks.

Of course, the stock exchange reopened as EPA head Christine Todd Whitman gave the all-clear sign. Yes, it was important to tell the world that we would not be stopped by these terrorists, but maybe it was a bit premature to send people into the asbestos laden environment. Months and years later, people began suffering pulmonary diseases from living and working in Lower Manhattan.

By Friday of that week, a feeling was gnawing at me. Although I couldn’t put my finger on it, I sensed that there was a missing piece to the puzzle. And then, it hit me. REFUGEE CAMPS IN AFGHANISTAN!!! That guy who owned the medallions, who needed loan forgiveness in May, whose request we turned down… he was the one who told me he had given his loan proceeds to the refugee camps in Afghanistan.

Even though we doubted his account of the money back in May, now I had to believe that at least part of his story was true. The money may have gone to Afghanistan, but maybe not to refugee camps. So now what do I do?

Check back next month for Part IV… 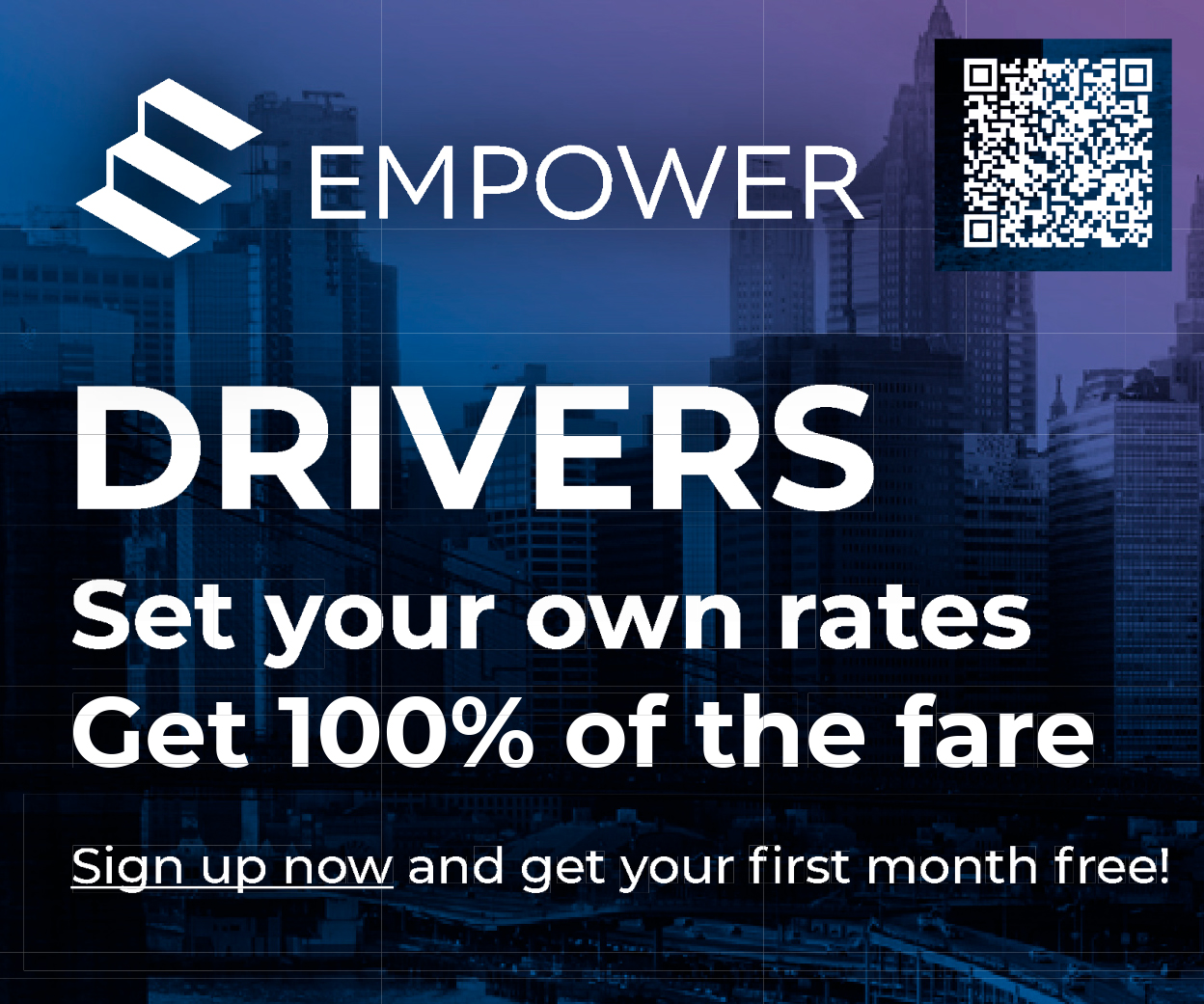 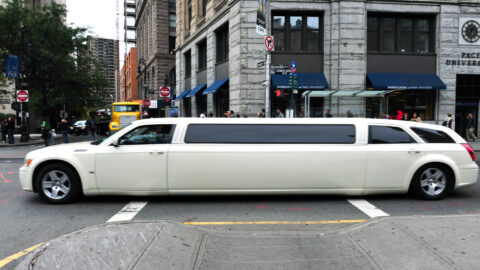 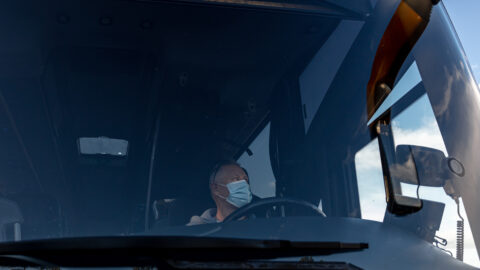