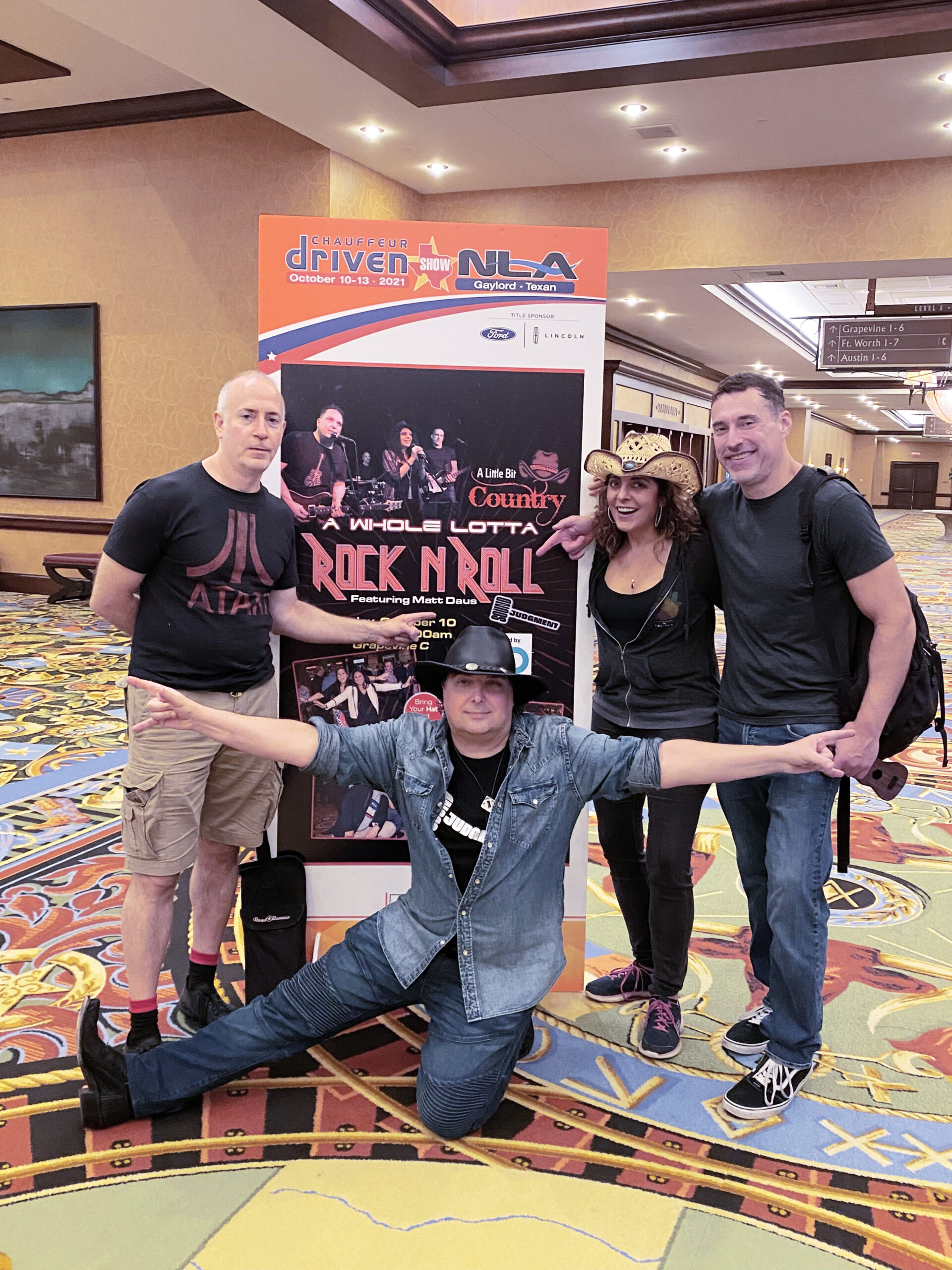 Sound Judgment, a rock band comprised of former regulators, government officials and lawyers, blew the doors off the room at the Chauffeur Driven/National Limousine Association (CD/NLA) Show in October, at the event’s opening party at the Gaylord Texan in Dallas, Tx – with three sets of hard driving (and danceable) classic rock and original music, including a special Southern Rock tribute. 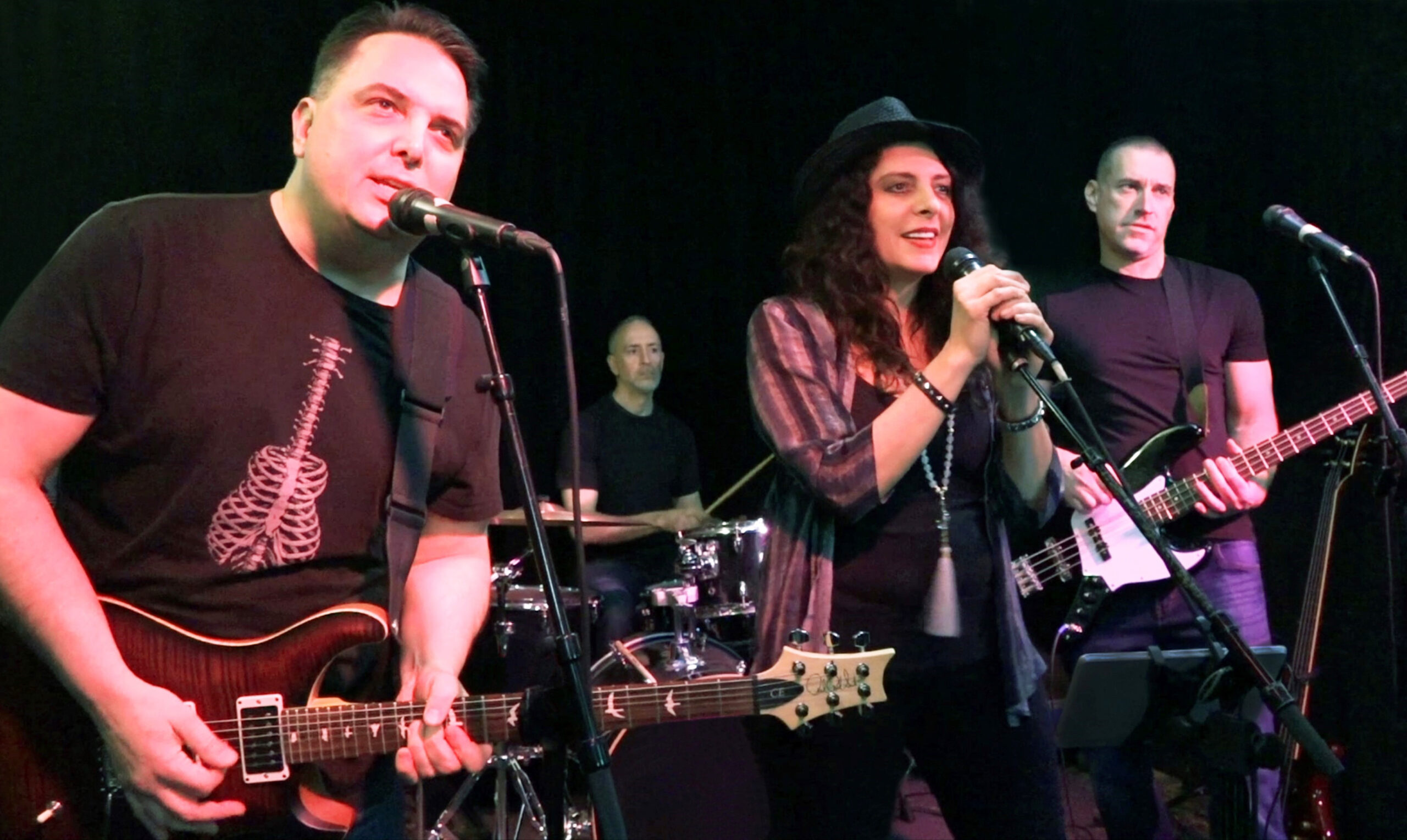 The band has been playing shows for the past three years at conventions and clubs, primarily for friends of Matt “The Mattch” Daus, who plays lead guitar and sings. Nora Constance “Connie Cool” Marino is their lead vocalist and keyboard player, Jason “J-Sauce” Mischel is on bass guitar/vocals, and John “Johnny Stixx” Morris is the band’s drummer and vocalist. 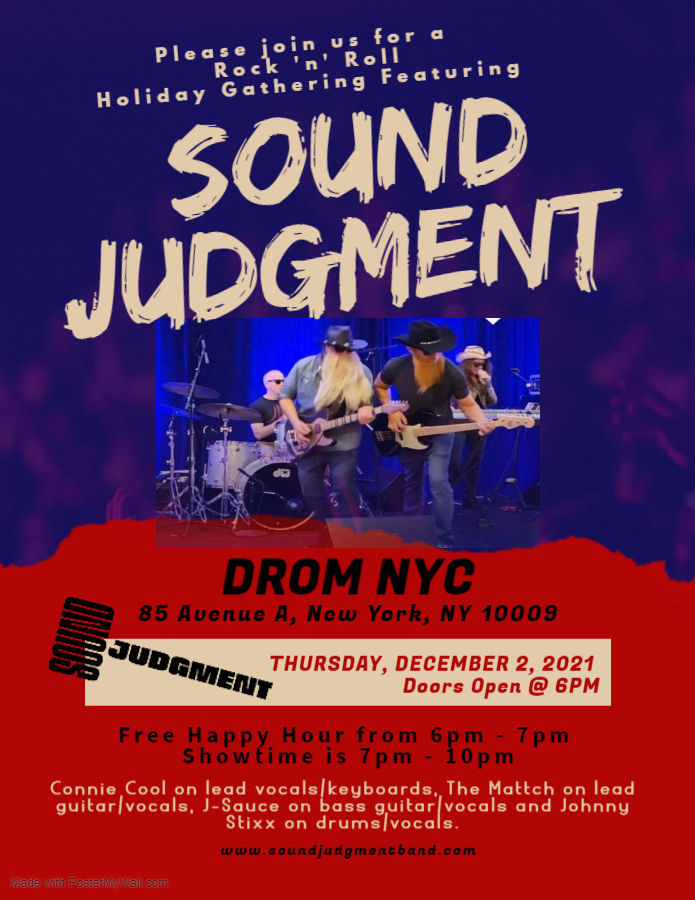 The Dallas show featured guest performances by Art Rento on guitar (Pontarelli Limo, Chicago), who exchanged solos with Daus on “Play that Funky Music” and Andrea Barreto (Metro Ride, Pennsylvania), who belted out “You Shook Me All Night Long” by AC/DC. They ran through a list of danceable, classic rock covers, highlighted by a southern rock tribute to ZZ Top that included “Cheap Sunglasses,” where the band donned cowboy hats, sunglasses and long beards, and handed out sunglasses to fans, in memory of ZZ Top’s bass player Dusty Hill, who recently passed away. 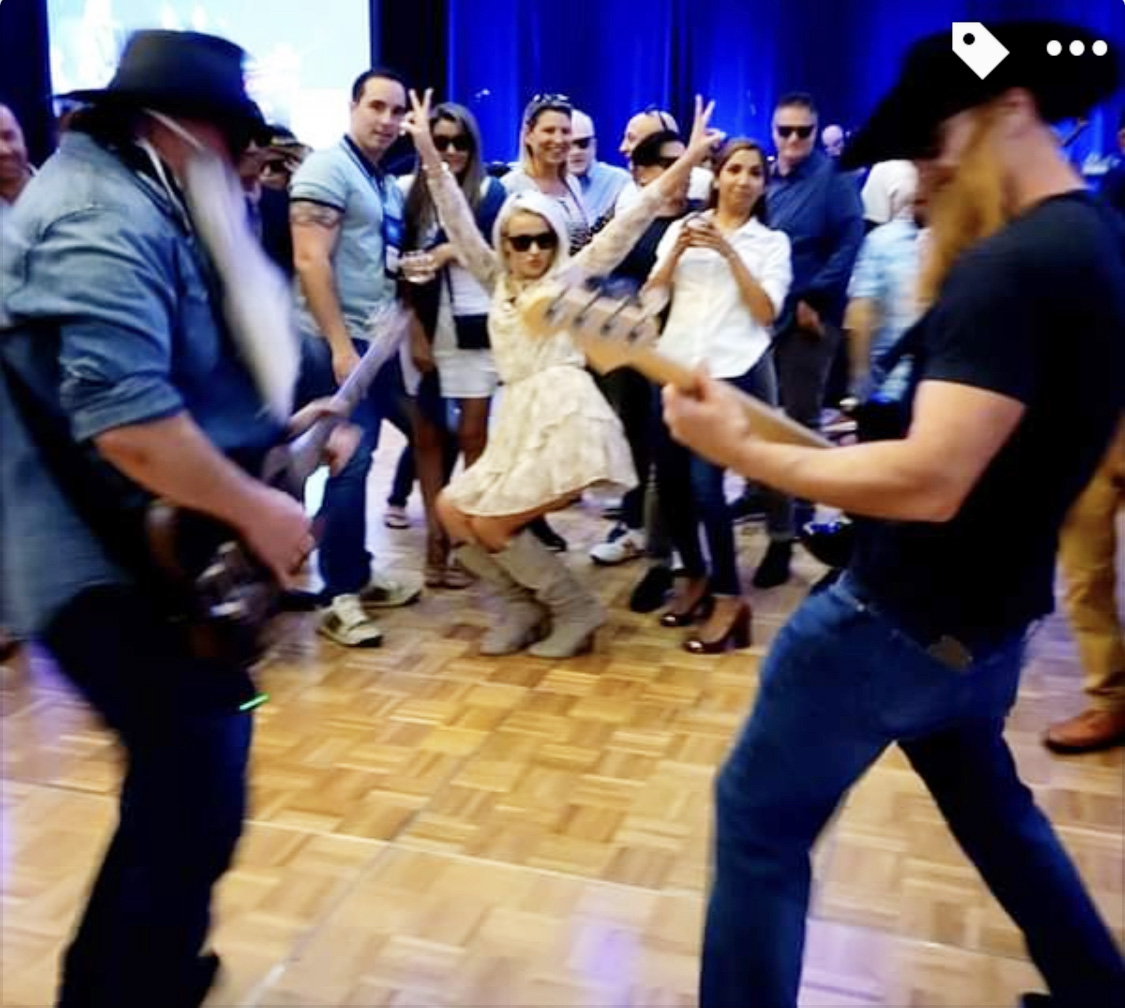 The gig coincided with the release of three original singles from Sound Judgment’s upcoming album: “Get Up”, “Soul Gone” and “Blueberry Crush”, which can be accessed for free on Sound Cloud at https://soundjudgmentband.com/tracks.
You can also visit the band’s website to view prior live performances.

“Our band was formed by accomplished musicians who bring their musical passions to the stage with high-energy performances,” explains Matthew W. Daus, Esq., ex-TLC Chair and current Partner/Chairman of the Windels Marx Transportation Practice Group (http://windelsmarx.com), among other things. “Most of us are either recovering lawyers or public servants, who are used to dishing out sound judgments on a daily basis – so playing rock ’n roll is an escape that holds special appeal to us.”