After reporting my experience with Mr. Najran to my supervisor, James Earle, it was becoming apparent to management that the income or cashflow shortfall, and underwater loans of the MCU member-borrowers was not unique to Mr. Najran. It was decided that a committee needed to be formed to formally appraise each distressed loan situation on a case-by-case basis.

The committee would be made up of four employees: three managers and me. Among those included were Andrew Angler, the CEO, who had gained his position via the “Divine Right of Kings” method, as his grandfather had been CEO, then his father, and lastly his younger brother, who had passed him by in ambition and achievement. Unfortunately, his brother met an untimely end at age 30, due to his arrogant high living and sense of invulnerability, mixed with substantial drug abuse. Another member of the committee was my immediate supervisor, James Earle, who had been brought to the credit union 10 years earlier, after a long banking career at Citibank, to rescue the credit union from regulatory problems.

For years, the credit union and others in the taxi industry did minimal underwriting, minimal documentation of borrowers’ cash flows, and were basically making asset-based loans with approval comments like “all business indicators check.” Earle’s experience with Citibank, which included all types of business lending, made it more palatable for Federal regulators to allow the credit union to reorganize their lending standards. The other aspect of Earle’s benefit to the credit union was the fact that he was not Jewish, and all the taxi credit unions (there were eight at that time) were headed or managed by Jewish men.

The regulators were waspy types from less urban areas around the country, and it was thought by some in the taxi credit unions that the regulators were overly oppressive due to anti-Semitism. Whether the accusation of anti-Semitism was valid or an indication of a persecution complex, Earle did an excellent job in reorganizing the underwriting and documentation standards. And we no longer did asset-based loans.

He and I, however, had a difficult relationship. He was threatened by my presence from the beginning. He had no say in my hiring, and in fact never interviewed me for the position. Furthermore, because of my prior experience with a competing credit union and positive relationships throughout the taxi industry, he viewed me as a threat to his job, since I would be qualified to perform it as well. In addition, I discovered that two of his more prominent and dispiriting characteristics were his cheapness and his racism. But, when it came to loans and underwriting, we saw eye to eye on virtually every issue. His political leanings, though, combined support for the NRA, with a heavy dose of Archie Bunker racist rants.

Little did I know that his politics were a forerunner of the Trump politics so evident today – but even then, it was difficult for me to abide.

The third member of the committee was the in-house attorney, Charles D. Valvano, whose more than a decade of employment with the credit union was a direct result of his relationship with Andy Angler’s deceased brother. They had been fast friends at college, roommates even at one point, and the relationship was maintained following graduation. His prior experience was limited to service with Legal Aid, defending indigent, accused criminals. Nevertheless, he was an affable type, with an acerbic wit and a keen sense of the absurdity of many of our borrowers and colleagues in the taxi industry. In fact, he and I were the only employees of the credit union who had ever driven a cab.

For Valvano, driving a cab was a summer job to earn some money while he attended law school. He recounted the story of his first day as a lease driver for one of the burgeoning taxi leasing companies of the early 1980s, owned by two Israeli guys named Tomy and Ami, whose company was called T & A Leasing. When he returned from his shift to pay the owners, Tomy sat down with Charles, looked over his trip sheet, and yelled across the office to Ami, “Hey, look at this guy, Ami. First day on the job, and he’s already doing airports and everything.”

Charles quickly realized these guys were a bunch of smooth talkers and conmen, who knew how to build up a driver’s self-esteem and have a little fun with him at the same time.

Finally, I was to become the fourth member of the committee due to my experience as a lender in the credit unions for 14 years, first with a competitor for 6 years, and now with MCU for 8 years. It was also a positive benefit to have a committee member who was on the front lines dealing directly with the borrowers.

When we met for the first time, we discussed how we would deal with our overall loan portfolio if medallion values were to tumble an additional 10%, 20%, or even 30%. Fortunately, for us, the Angler family had managed the credit union so well over the years that the capital cushion was huge – over 25% of assets – meaning that even if we took losses on every loan in the credit union up to 24%, we would remain solvent and survive. The likelihood of that occurring was remote because, even as medallion values were declining, borrowers kept paying their loans.

Delinquency was low in part because the taxi medallion had always shown resiliency in the past, whenever there were downturns, and the medallion owners understood that the Giuliani Administration would not last forever. New York City voters had approved term limits for political office-holders. So, even though some borrowers were under water on their loans, meaning the loan was greater than the value of the underlying asset, in the case of medallions, most of them continued to make payments in the belief that there was a brighter future ahead, that the medallion owners would outlast the temporary political environment – including Mr. Giuliani.

The committee was formed and we met soon thereafter. Then, we discussed our first case, Mr. Najran’s loans, and his request for loan forgiveness. This discussion focused mainly on the numbers. What would our loss be if we forgave enough of the loans so Mr. Najran could make his payments from his taxi lease income versus what our loss would be if we foreclosed on his medallions?

The discussion then veered away from the central focus on the numbers to my conversation with Mr. Najran and what he had done with the money. There was minimal shock or surprise that he would have made this large donation to the refugee camps in Afghanistan but there was some doubt as to whether Najran was being honest.

Since the horse had already left the barn in the form of $350,000, his use of the funds ultimately mattered little to the committee. By a vote of hands, we unanimously rejected Mr. Najran’s request for loan forgiveness, and I was delegated the task of informing him. At this point, Mr. Najran’s loans were not delinquent, so his request was based on forward planning. In the taxi industry, this forward thinking was unusual, as most of the borrowers had limited capability to see beyond today’s problems.

A few days later when Mr. Najran appeared at my desk for the second time, I grimly gave him the bad news. We discussed the possibility of selling the medallions to get out from under the weight of all this crushing debt. I expressed my sympathy for his plight and told him that if he would like help selling the medallions, I could provide him with names of medallion brokers who would be eager to assist him. But Mr. Najran was reluctant to sell. He neglected to tell me how he was going to resolve the situation, and I presumed that within three or four months, when he failed to make his payments in full, or on time, that our friendly repossession company would be getting the assignment of taking his medallions.

As with any economic downturn, there is always a shake-out of the weak players. The poor fleet operators, who couldn’t fill their taxis with drivers, were one example of the shake-out. Then, there also were those operators, who instead of recapitalizing their business during the downturn, cutting expenses, and doing whatever was necessary to survive, started bouncing checks to their medallion owners, and ultimately taking a powder. Mergers and consolidations tended to take place in the taxi industry during these types of extreme circumstances.

When times are bad, sellers are desperate to get out at any price. And when times are good, buyers think the gravy train will last forever.

Fortunately, there was little in the way of failure. Those that failed in the late 1990s through 2002 deserved to fail because of either fraudulent actions that finally caught up with them, or simply because they were bad operators. There also were some operators who viewed the taxi leasing, or fleet business, as just a cash cow to be milked every day, not to be fed when times turned bad.

In prior downturns, there had been significant failures by owner-borrowers, including fleet owners and taxi lease managers, as recent as the late 1980s and early 1990s. But those medallions were snapped up in foreclosure sales as opportunists saw an optimistic future, as long as financing was available… and it was.

During one set of auctions in the late 1980s, a buyer appeared and was the winning bidder, maybe the sole bidder. He bought two mini-fleets that day. His name was Natan More, an Israeli emigre whose face was reminiscent of a rodent. More went on to build a modest-sized leasing operation and ultimately went partners with Simon Garber operating a fleet.

When Giuliani started beating up on the taxi industry, many industry insiders thought it was in retribution for More playing fast-and-loose with the law and insurance claims. It was rumored that Giuliani had a close friend or relative that had been involved in an accident with a cab and had sustained very serious injuries. Because taxis only were required to maintain 10/20 liability insurance, Giuliani’s friend or relative had to sue the medallion owner personally to recover moneys to pay for medical expenses etc.  But More had hocked up the medallions to the hilt and therefore there was little left for the accident victim to recover.

After a few years, More, sold out of the industry and his partnership with Garber, and was replaced by an attorney named Michael Cohen. 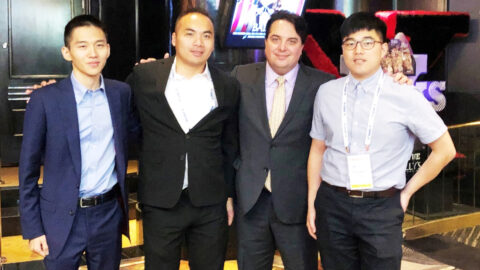 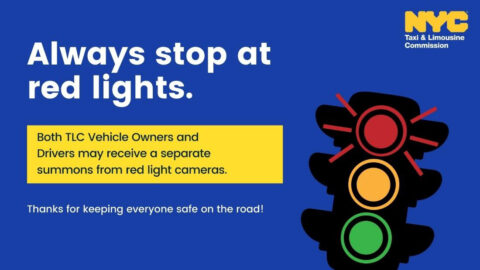